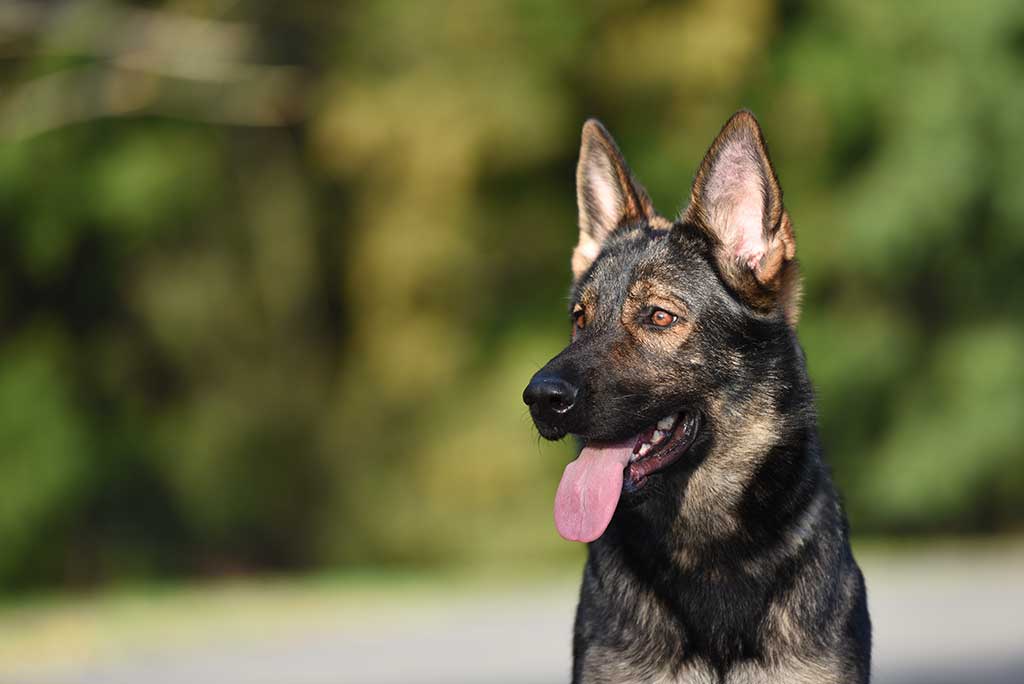 The Three Phases of Schutzhund Testing

In this phase the dog’s scenting ability, mental soundness, and physical endurance are tested. A “track layer” walks across a field dropping small objects along the way. After a short period of time has passed, the dog is directed to follow the track while being followed by its handler on a 33 ft. leash. As the dog finds each article, he indicates it, usually by lying down. The dog is scored on how intently and carefully it follows the track and indicates the objects.

The obedience phase typically takes place in a large field, with two dogs on the field. One dog is placed in a down position on the side of the field, while the other dog works in the field. Then the dogs switch places. In the field, the dogs go through several heeling exercises, including heeling through a group of people. In addition, two or three gun shots are fired to test the dogs’ reaction to loud noise. There are one or two recalls, three retrieves, and a “send out,” where the dog is directed to run away from the handler straight and fast then lie down on command mid-run.

In the third and final phase the dog’s courage to protect itself and its handler and be controlled while protecting gets tested. A “helper” wears a heavily padded sieve on one arm. The helper will hide behind a blind placed in the field. The dog is directed to search the blinds for the helper. When it finds the helper, it indicates by barking. The dog must guard the helper to prevent them from moving until recalled by the handler. The helper will either attack the dog or the handler or attempt to escape. The dog must stop the attack or the escape by biting the padded sleeve. At all times the dog must obey the handler’s commands.