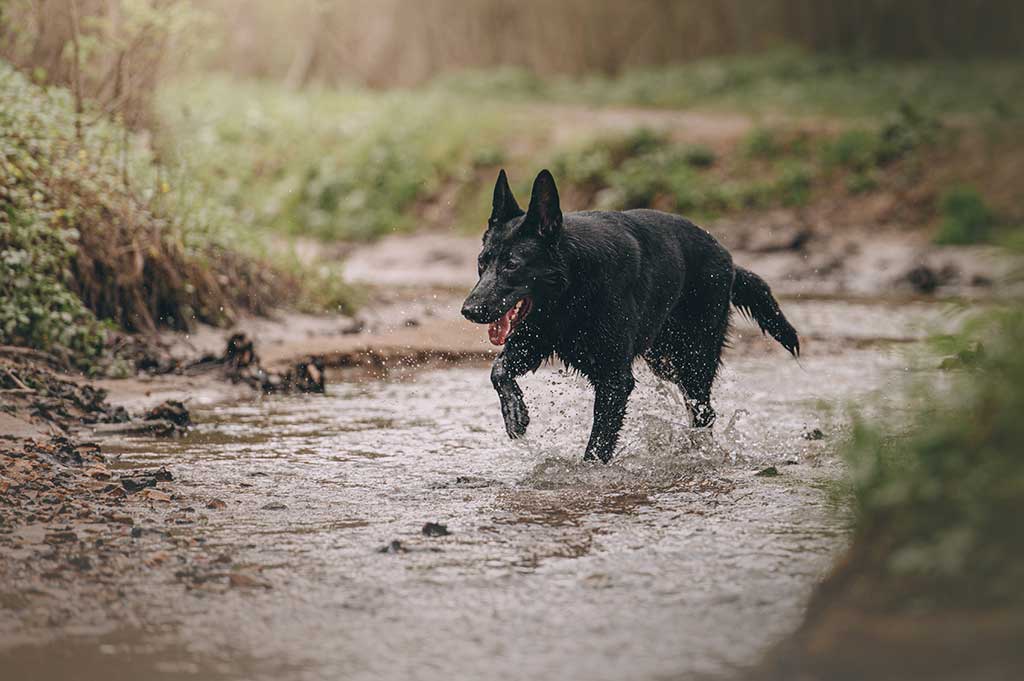 If you know you want a German Shepherd but aren’t sure if you should get a female or male, you’re in the right place. GSDs rank second as the most popular dogs according to the American Kennel Club. German Shepherds are known for their loyalty, intelligence, and bravery, regardless of gender. Although male and female German shepherds have more similarities than differences, they do have differences you should be aware of.

How a GSD is bred, raised, and trained will be the primary determining factors in what type of dog they turn out to be. However, there are some important differences to note about the genders. Male GSDs are more dominant, possessive, and proud, while female GSDs are typically more affectionate and gentler.

A male German Shepherd will be more territorial of their home, yard, property and handers. If territorial marking is a problem for you, consider spaying your male GSDs because they mark less when spayed. Male GSDs can also be more possessive towards their food, bed, and toys. To control unwanted behavior, train your GSD at a young age. Females are less possessive but can become too dependent and jealous if not trained at a young age.

A male GSD will like all of your family members, but he will prefer bonding with his primary handler who spends the most time with him. A female GSD on the other hand will bond not only to her handler, but with other family members and can tolerate outsiders better. A female GSD will be more loving and gentler with children, while a male GSD is playful but more aggressive.

Initially training a male GSD may be more difficult because of their dominance traits. Female GSDs mature earlier so they have a slight edge on male GSDs in terms of learning tasks at a younger age. However, female GSDs can be easily distracted during training when they are in heat, and the same goes for a male that senses a female in heat. Overall both male and female GSDs are motivated, intelligent, and highly trainable.

Which One Should You Choose?

It all comes down to your preference. Tell your breeder the specific characteristics you’re looking for. Try watching male and female GSD puppies together. Most experts agree that female GSDs are ideal for a family with children since they’re gentler and nurturing. They’re also better for smaller spaces. However, if you want a GSD for protection, a male is the better choice.